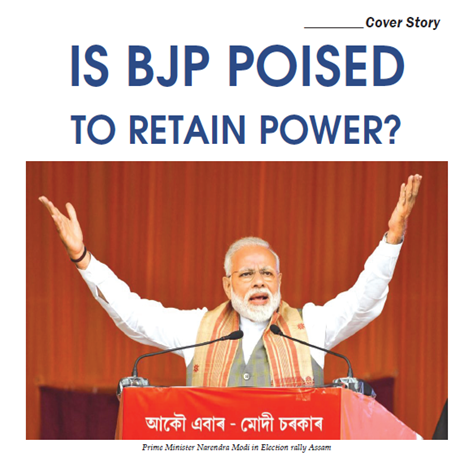 Will the ensuing Lok Sabha elections favour the Bharatiya Janata Party-led National Democratic Alliance this time, too, like in 2014? So, the opinion polls say, without an iota of doubt.  Initially, some of them predicted that the ruling party and its allies will end up with 232 to 252 seats, thereby ruling out an absolute majority for the Prime Minister Narendra Modi and his team. However, after the government’s successful operation at Balakot in Pakistan, a few opinion polls predicted about 280 to 300 seats out of 542 for the BJP and its allies making it crystal clear that the incumbent Modi and his team need not have to hunt around for support from Independents and other parties, apart from fringe outfits after the pronouncement of verdict in the middle of May, this year.

The BJP, however, realises that complacency will mar its prospects, similar to the one faced by the Vajpayee government in 2004. So far, the party has stitched its alliance formations in a comprehensive manner. The Congress-led United Progressive Alliance, on the other hand is in a prisoner of indecision-mind on the alliance issue, following the confusion that occurred over the party’s Prime Ministerial candidate. The BJP had no hassles in naming Modi as their candidate to Mann the nation, whereas the Opposition is undecided over the naming of Rahul Gandhi as the prime ministerial candidate. For instance, when the Dravida Munnetra Kazhagam working President M.K. Stalin had announced before Rahul that he was the unanimous choice of the Opposition to lead the nation in a meeting organised for the DMK-led allies and the Congress in Chennai, Stalin was under the impression that other opposition parties would follow his steps. 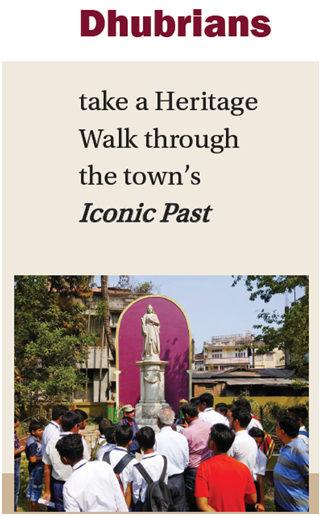 A group comprising of 40 heritage enthusiasts from Dhubri town started off their weekend with a Heritage walk that covered the important Heritage Buildings of the Town.

This was a third successful walk to generate awareness about the existing rich heritage of Dhubri town.  The Heritage trail was organised by Sahapedia, India Heritage Walks in collaboration with the District Museum, Dhubri.

The 2-km walk began from the Victoria Statue Park at Tetultola, a marble statue measuring 20 feet in height installed by the British rulers in 1905 against the backdrop of the Bengal Partition, and covered 15 destinations of historical importance.

Bijoy Kumar Sharma, a journalist and social worker of Dhubri led the walk unravelling facts, histories and narratives of the town in lucid detail. Sharma has been very instrumental in creating awareness and safeguarding and protecting the heritage buildings of Dhubri Town since decades.


A couple from Pune, in their mid 50s - one an accomplished agricultural scientist with over 30 years of field experience and his wife, a committed educationist - have been living in Aben, an extremely remote village, for almost 2 and half year in Manipur’s most backward district, Tamenglong, studying the impact of Jhum cultivation on the lives of the Zeme tribe, who inhabit the village to counter the challenges that the hill people of region are facing by offering an viable alternative cultivation, a  climate-change smart sustainable method of agriculture.

Aben is tucked so far away, untouched by modern civilization and villagers rely primarily on shifting or jhum cultivation and the forest for their sustenance. With the region receiving eight months of rain in a year and given the pathetic conditions of the inter-village roads, 4×4 vehicle or foot is the only means of communication to Aben during monsoon. 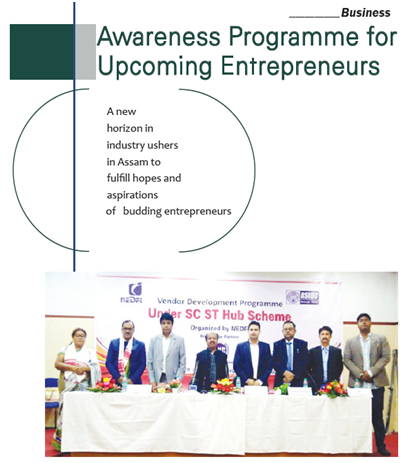 Awareness programmes for National Scheduled Caste-Scheduled Tribe (SC-ST) Hub held across the districts of Assam since November last year to attract the entrepreneurs towards the government’s initiative to provide them various incentive and help them grow and flourish in the field of Micro, Small and Medium Entrepreneurs (MSMEs) along with Vendors Development Programme concluded with an exhibition of entrepreneurs at Guwahati.